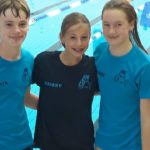 There was good news for Fins on the selection front this week, when five swimmers received notification of their selection to either a Scottish or Scottish Regional Squad. Congratulations go to Erin Taylor who gains a place in The Scottish Youth Development Squad; and Esme Lee, Mark Scott and Kristin Mackay who are selected for the ScottishEast District Regional Development Programme. This is 10 year old Kristin’s first selection. 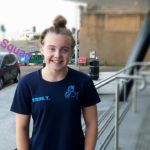 Mark also received news of another selection as one of only three Fife swimmers to be selected for the Scottish East District Team that will compete in the Swim England National County Team Championships to be held at the Ponds Forge International Swim Centre in Sheffield in early October. All four Scottish Districts are included in the event with East and West competing in Division 1, while North and Midlands are in division 2.

Meanwhile six Fins’ swimmers were in action at the Mercat Gait Pool, Prestonpans, last Sunday where they competed in the Haddington 100s meet.

Top swimmer for Fins was Mark Scott, 13 years boys, who won both the 100m Breaststroke and the 400 Individual Medley. The 400 Individual Medley was particularly pleasing as this was Mark’s first competitive swim at this event and unlike the 100m events the 400m events comprised all age groups. In addition, Mark won silver the 100m Backstroke and 100m Freestyle and finished 4th in the Open 400m Freestyle. He also had the largest improvement in his 400m Freestyle which he reduced by 7.64 seconds.

The remaining gold was won by Theo Goodfellow, 14 and over boys, in the 100m Breaststroke. Theo also won a bronze medal in the 100m Butterfly ands was 6th in the 100m Freestyle.

Kristin Mackay, 10 and under girls, won a silver medal in the 100m Breaststroke and a bronze in the 100m Freestyle. Kirstin did exceptionally well to compete against much older girls in the Open 400m Individual Medley, finishing 8th; and in the Open 400m Freestyle, finishing 10th. Her time in the 400m Individual Medley was the third best improvement reducing her previous best by 2.05 seconds. She also improved on her 400m free time.

Just missing out on the medals was Ben Lewis, 14/O boys, who finished 4th in both the 100m Butterfly and 100m Freestyle.

The remaining swimmer who missed out on a top 10 finish was Kimberley McCabe, 14/O girls.