Two Fins’ swimmers, Erin Taylor and Mark Scott, qualified for the prestigious Edinburgh International Swim Meet, held in the Royal Commonwealth Pool from Friday morning through to Sunday evening last week. The meet attracted a very large entry from all over the UK and Europe, including four national teams from Spain, Israel, England (Junior) and Ireland plus numerous University and club teams from Scotland, Wales, England (including Isle of Man), Netherlands, Belgium, Denmark and the Faroe Isles.

Although there were no age groups in the competition, there was a final in each event for Junior swimmers which is 17 and under for girls and 18 and under for boys. Both Erin and Mark fell into this category and both had a degree of success in their own right with Erin continuing her ‘record breaking’ run with another club record.

Erin qualified, through the heats, for three junior finals, 200m breaststroke, 200m butterfly and 400m Individual Medley and just missed out on the 100m breaststroke. Erin’s long course club record came in the final of the 200m Breaststroke with a time of 2 minutes 41.38 seconds which bettered her own record, set at the Scottish Festival of Swimming in July 2021, by 1.21 seconds. She was placed 4th in the Junior final and was beaten by swimmers from Swim England, Swim Ireland and Plymouth Leander. Erin withdrew from the 400m individual medley to concentrate her efforts on the 200m breaststroke and just missed out on the bronze medal by 0.76 seconds. In her 200m butterfly Erin finished 5th and on this occasion was 2nd Scot behind Isabelle Wood of Stirling Swim Club, and was just 0.73 seconds outside her PB.

While Mark didn’t qualify for any of the finals (important to note junior finals for boys go to age 18 so still plenty of time as Mark only just 16), in his three swims over the weekend, he certainly showed some excellent improvements reducing his long course 400m freestyle time by 33.02 seconds, his 200m Freestyle by 15.86 seconds and his 200m Breaststroke time by 8.43 seconds. Mark has two more years as a Junior.

Earlier this week the national rankings were updated following the Edinburgh International Meet and it is good news for both Fins’ swimmers.

200m Breaststroke – 7th, 27.73 seconds behind 1st place Callum Melville of Nova Centurion (Nottinghamshire). It should be noted that Callum is 14 seconds ahead of 2nd place swimmer.

Both swimmers are doing exceptionally well and it is a matter of continuing the improvement they are making and closing the gap on those ahead of them, remembering that their goal is not to beat any other specific swimmer but to beat themselves. 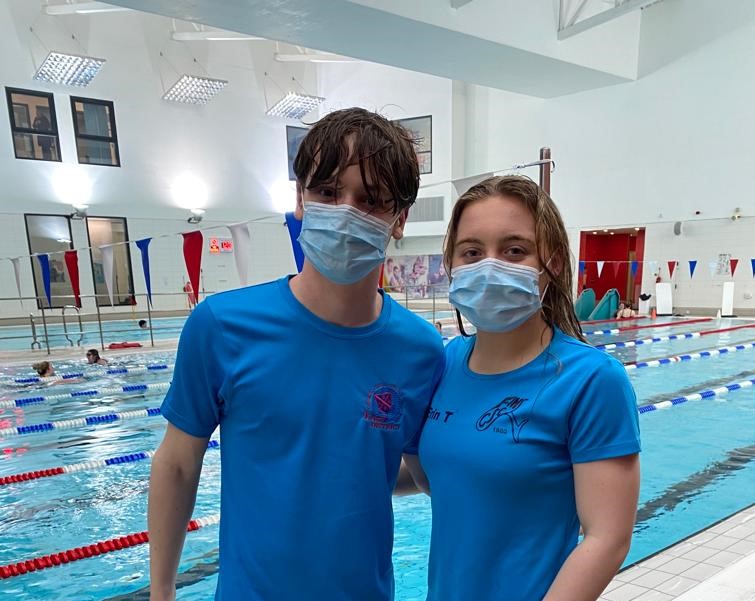